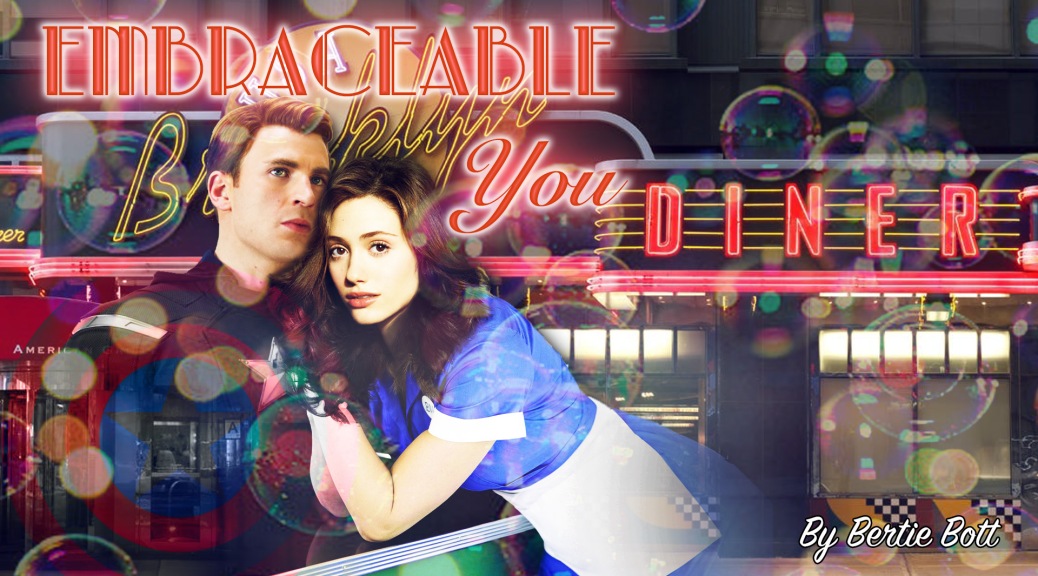 Life changes and can get in the way of the things we enjoy… but I finally felt like writing again. I’ll be completing my current in-progress stories (though I’m not committing to any sort of update schedule or anything) and may throw in a one-shot or two in between. I won’t be starting any new, big stories.

In any case, it felt right to get back into the swing of things with Cap. He has been and always will be my favorite Avenger – my favorite Marvel character ever, really. I’ve had the first bit written since maybe chapter 5 or so of Alight, but was intimidated to post it since I love the character so much. Finally finished the last two parts, though, and it seemed silly to sit on it any longer.

Summary: “Sometimes life has a way of pulling you to the right path, even if you don’t realize that’s what’s happening at the time…” Steve stumbles across someone who makes sense of the chaos his life has become and gives him new hope. Bella/Captain America. Complete in four parts.

Captain America timeline: Set after Steve awakens from the ice, but before (and then during) the first Avengers movie.

Twilight timeline: New Moon A/U, set a few years later. Bella knows about Victoria, but not the wolves. She never goes to Volterra and Edward never comes back.